Obedience Is More Important Than Results 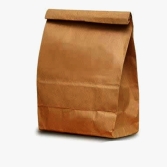 In a Peanuts cartoon, Charlie Brown complains to Linus that every day his lunch is the same, a peanut butter and jelly sandwich. “Who makes your lunch?” Linus asks. Charlie Brown replies, “I do.”

In large measure we make our own lunch. We have more of a choice than we often think we have as to what’s in our paper bag!

Phyllis Hurwitz studied piano and violin and attended the School of American Ballet. She said, “I had great parents. I broke my leg and they gave me a book on ventriloquism. It was just so natural to me.” She became a ventriloquist, and using the name Shari Lewis, spent a lifetime entertaining children, of whom I was one, with her puppets Lamb Chop, Charlie Horse, and Hush Puppy. No one likes a broken leg, but Shari’s broken leg helped her to take a step in a whole new direction, and millions of people are glad she did!

It’s tempting to complain about the way things are; it takes less effort than deciding to do something about changing things to the way they could be. We can also move from complaining to blaming, blaming someone else for our predicament. Okay, some things can’t be changed, including what someone else has done to us, but we can change our attitude about those things we can’t change!

We have a God-given ability to make choices. We’re not like a bump-n-go toy that mindlessly changes direction when it hits up against something. We can plot a course!

Oswald J. Smith wanted to be a missionary but was considered too frail for such a life. His response? “If I can’t go myself, I will send someone else.” He did! He founded The People’s Church of Toronto, Canada, a large church that has been known world-wide for giving an extraordinary amount of their budget to missions around the world. Rev. Smith himself made 21 world tours promoting evangelism and world missions.

We can adopt a victim mentality or make the choice to find victory in it. Whatever less than ideal situation we find ourselves in, God knew we would be exactly where we are, and He has a plan. That can, and should, change our attitude about whatever challenge, problem, or setback we face. We have the God-given gift of choice; we pack our own lunch!

“Let the morning bring me word of your unfailing love, for I have put my trust in you.  Show me the way I should go, for to you I entrust my life.” Psalm 143:8

Uncategorized obedience, obey
← Life After Sailing into the Sunset Doing the Right Thing →